Down a lonely road that winds along the Mississippi River sits a historic plantation. The first view of the home is only seen when you gaze down the row of live southern oak trees. Today we are going to visit one of the most beautiful plantations in all of Louisiana… and maybe hear a spooky story or two! Welcome to Vacherie, Louisiana’s Oak Alley!

Oak Alley was built by Jacques Roman, who was the brother-in-law of one of the wealthiest men in Louisiana. The mansion was built to suffice Roman’s wife Celina who had… high expectations. She loved the city life of New Orleans, so she wanted a home suitable for entertaining. Many say Celina was a bit of a party girl who enjoyed the lavish luxuries of the south.

However, when Jacques died of tuberculosis, she was put in charge of managing their sugar plantation which did not go well. She continued to live outside her means and the plantation needed someone to take control.

Their son Henri was put in charge of the plantation, but even he couldn’t handle the responsibility. After several years of switching owners and falling into disrepair, Oak Alley was opened to the public in 1972.

The plantation really is a sight to behold. The gigantic trees were planted in a row to create a covered canopy lining the main entrance to the home. You might recognize the home from the movie Interview With a Vampire or from an episode of Ghost Hunters. Either way, this home is not only beautiful but definitely sends a creepy vibe. 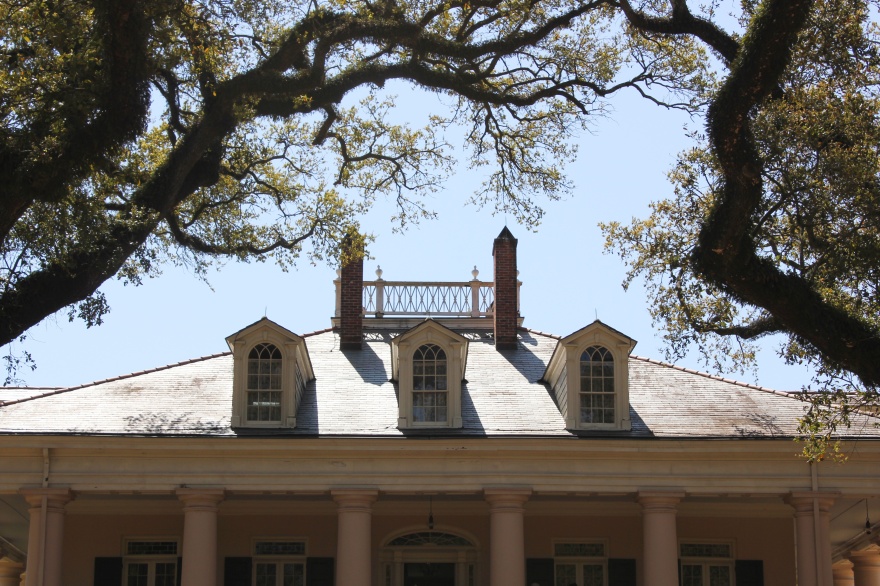 There are a lot of people who have seen/heard weird things in the house. One of the spookiest events happened in the lavender room (a favorite room of the last owner before the home was opened to the public). The story goes that a light was turned on in the room after the staff had closed up for the night. The workers noticed the light while walking to their cars. They also saw a figure pass in front of the window in the well lit room.

To this day the mirrors in the room are still covered in black cloth. It is a strange sight to see if you have never heard of this superstition. Some believe that by covering a mirror with black cloth it helps a person “cross over” and it also signifies mourning.

If you are ever in Louisiana it would be well worth your time to take a trip to the incredible Oak Alley Plantation.