Do you ever feel sick and tired of the way the world is nowadays? I feel that way often. And when I do, one of my favorite things to do is sit and watch The Andy Griffith Show. It takes me back to a time when things were so much simpler. Back when kids ran around town willy-nilly and the only drama was who was favored to win the blue ribbon for the pickle contest. Sounds pretty nice doesn’t it? Well, today we are traveling to the inspiration for Mayberry and the real-life home-town of Andy Griffith, Mount Airy, North Carolina! 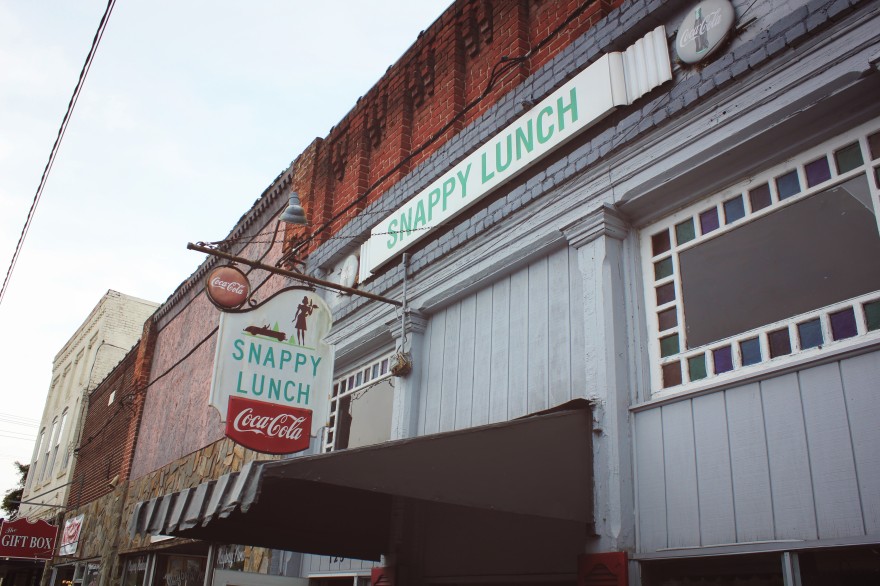 The first stop you have to make while visiting Mt.Airy is to see the man who inspired the character Floyd the barber, Russel Hiatt. Jackson and I had the pleasure of meeting him just before his 90th birthday! He is such a sweet gentleman and it was an incredible honor to meet him and his son Bill. They can be found inside Floyd’s City Barber Shop! The shop is a real gem and a must-see in Mount Airy.

After that you have to mosey on over to Snappy Lunch and get a world famous Pork Chop Sandwich. It was one of Andy’s favorite menu items. The Pork Chop Sandwich includes a pork chop, chili, mustard, cole slaw, onions, and tomatoes all piled between two buns. It’s definitely unique and pretty stinkin’ delicious!

After you’re all filled up on lunch, take a stroll through the town. There are plenty of cute stores and memorabilia scattered all over. You can just tell that things run a little slower in Mt. Airy, and that’s the way they like it! Do you need a sweet treat after your lunch? Stop by Opie’s Candy Store for some treats. They have candy by the barrel and some amazing caramel popcorn. 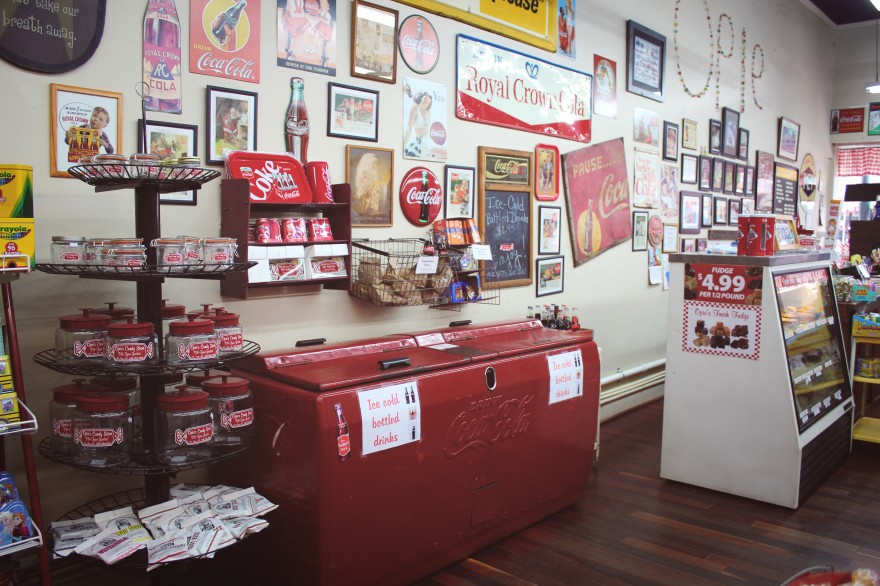 While you’re walking around the town I’m sure you’ll notice Andy’s squad car driving around and sounding it’s siren. You can take squad car tours of the town. Pretend you’re Otis for an hour, and Andy and Barney have come to lock you up. The squad car tours start and end at, Wally’s Service Station.

There is a replica of the service station and the courthouse. This is a great spot to take pictures to commemorate your visit to Mt.Airy. Be Andy and sit at his desk for a spin or get locked up in the Mayberry jail! 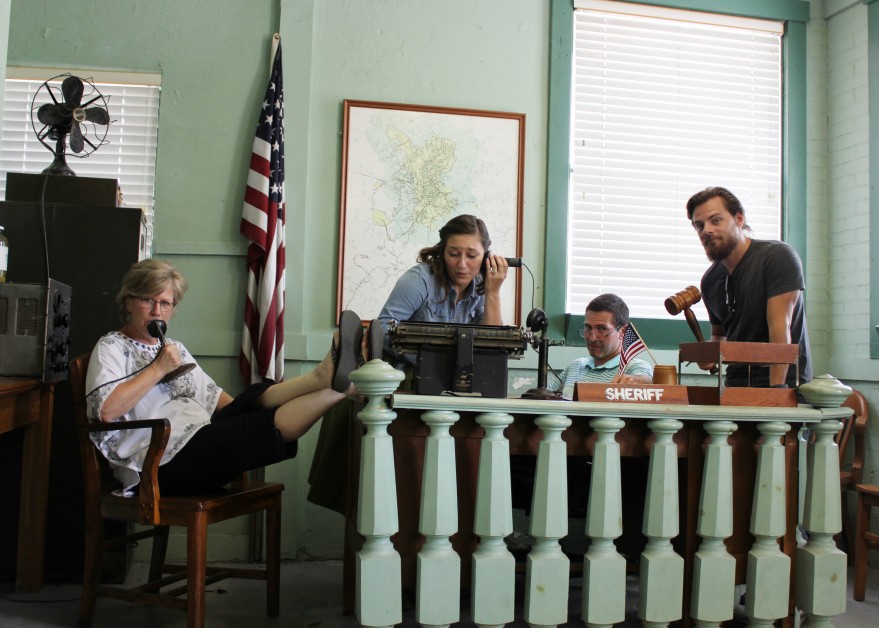 In Wally’s Service Station there is a cute shop filled with memorabilia from the show and signed photographs from some of the cast! They will even tell you about Mayberry Days when the town gets together to celebrate The Andy Griffith Show. Pie eating contests, trivia contests, and signings by surviving members of the show are on the agenda for Mayberry Days! Sounds adorably fun, right?

The Andy Griffith Museum is another place to check out while you’re there. There is a statue in front of the museum that was donated by TV Land to commemorate the show. It’s adorable and you should take a picture of you going fishing with Andy and Opie! Mt. Airy is absolutely adorable and it’s amazing to see how much The Andy Griffith Show is still appreciated! I hope you can take a trip back to the good ‘ole days and visit the sweet town of Mayberry…. I mean… Mt. Airy.

I’ll leave you with one of my favorite quotes from The Andy Griffith Show, “You see Opie, it ain’t only the materialistic things in this world that makes a person rich. There’s love and friendship. That can make a person rich, too.”