I was debating about posting this because this is by no means a proper overview of London. I also thought maybe I would entitle it ‘The London Basics’ because that is essentially what this post is going to be. I do not consider myself to have had the full London experience when I visited. Jackson and I were only in London for two days, and to be perfectly honest, I planned our time poorly. Looking back now there are many things I would have changed, but hind sight is 20/20. The good news is that in 2021 we will hopefully be making our way to London once again! So for now, here is a very basic London overview of the things that I consider a “must-see!” 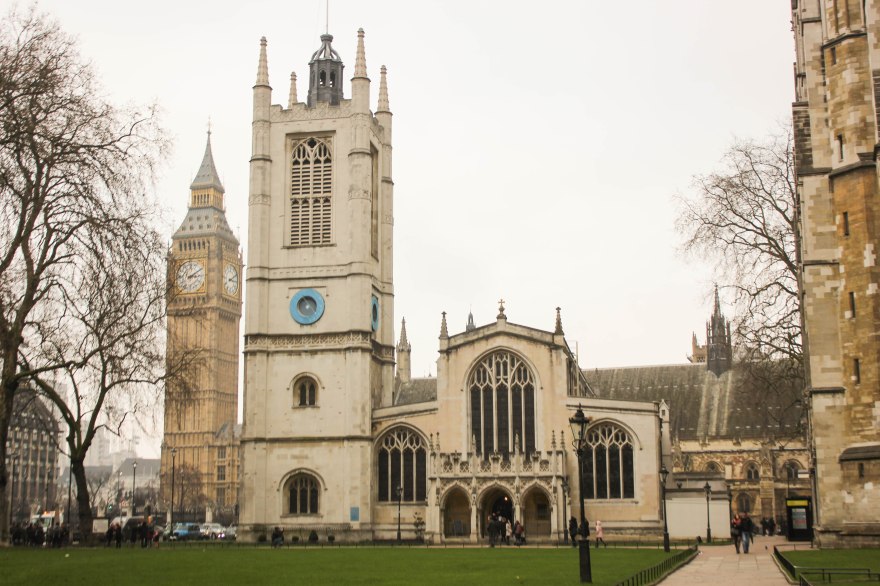 The first few things I would recommend all happen to be within walking distance of each other. Westminster Abbey was an absolute must for me! So much history and beauty all in one place. 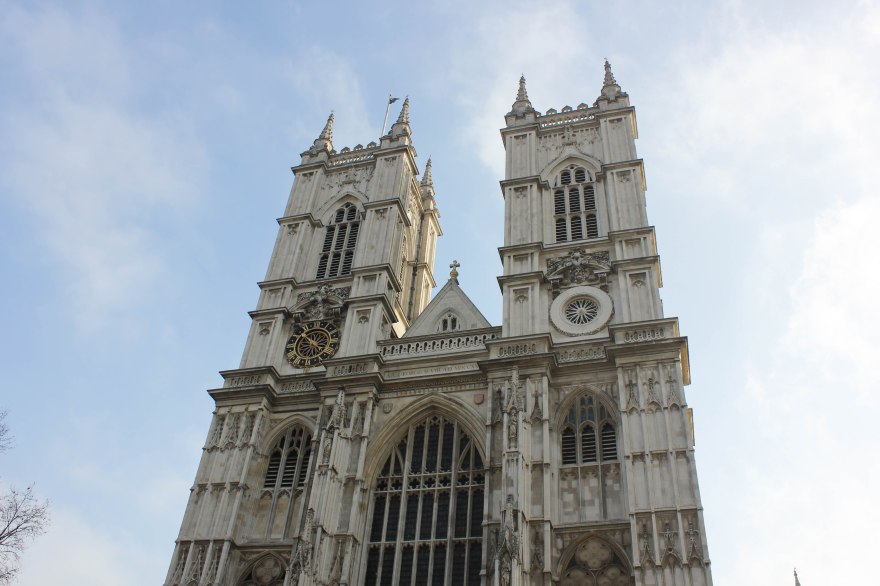 The admission into Westminster Abbey is quite expensive if you are not expecting it. Jackson and I weren’t expecting the price and debated if it was something that we really thought was going to be worth it. One more downside that I was unaware of is that you are not allowed to take photos of the inside. Having said that, I am extremely glad we went on the tour. I am a huge history and architecture nerd so in my book it was well worth it!

Westminster Abbey has years of famous monarchs getting married, crowned, and buried there. It’s incredible to see all of the people who are buried there like Mary Queen of Scots, Elizabeth I, Jane Seymor, and most of the Henry kings. Incredible! They also have a large corner called the Bard’s Corner that pays tribute to authors like Shakespeare and Jane Austen. So much history in one building!

Make sure you wander all around. We found this corridor that looks like it came straight out of Harry Potter and it leads to a quiet little courtyard.

After you’ve explored Westminster Abbey, make your way across the street to see the Parliament building and Big Ben. They are both really a sight to behold! When you see it for the first time you feel that quintessential London feeling! 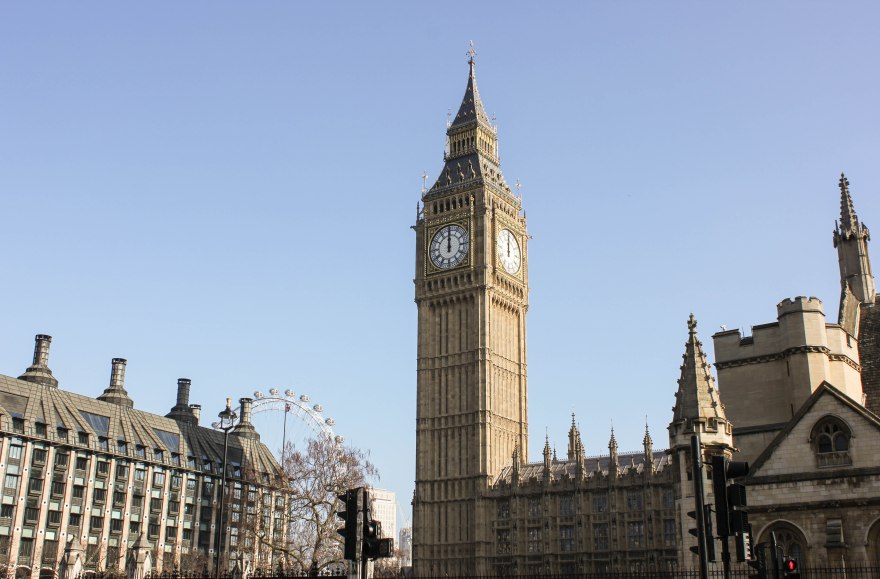 I enjoyed walking on Westminster Bridge and getting a good look at the building and the Thames. When Jackson and I were there in 2017, we had the honor of hearing Big Ben chime for the last time before major construction started on the tower.

At one point we walked around the corner of the Parliament building and all these men and women were dressed in old clothing and had powdered wigs on. Jackson, being the fearless man that he is, walked up to one of the younger looking Parliament members and asked if we could take a selfie with him. Yes, I know that this was the most American thing we could have possibly done, but looking back on it now it’s one of the funnier moments in my life. The member we selfied with had just begun his time serving, and he thought we were hilarious….so…. we consider ourselves Parliament approved!

As you are walking around that area, see if you can spot these random buildings that I thought were very unique and beautiful! 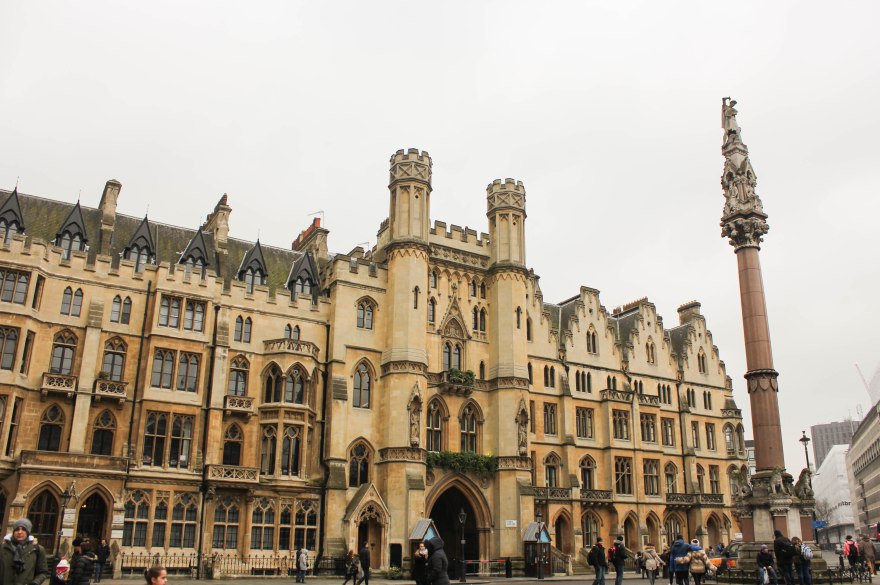 Lastly, for our purposes today, no trip to London would be complete without seeing Buckingham Palace! You can walk to this too, but it’s about a mile from Westminster Abbey. If you decide to walk you are definitely in for a treat because there are many pretty places in between. 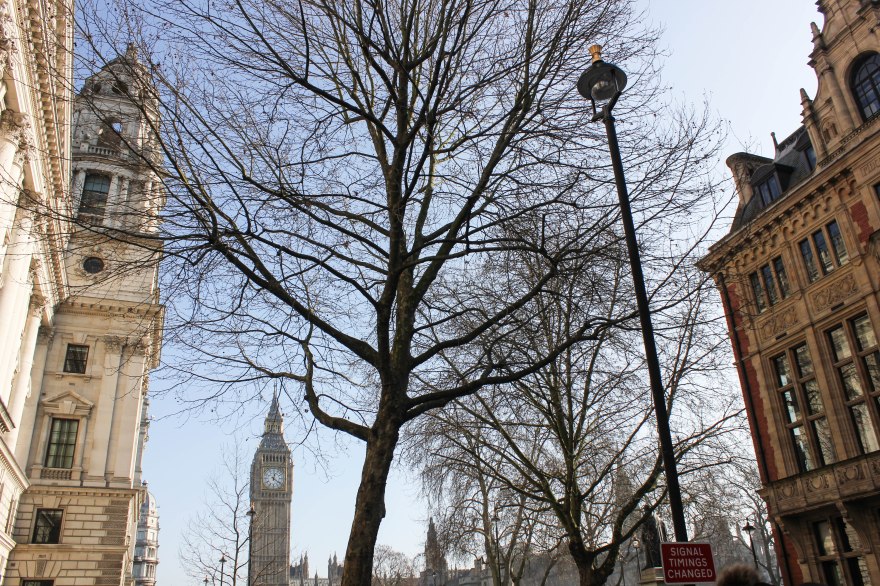 It was a neat experience to see the guards standing out front and to think that the Queen was just beyond those walls!

London was a very interesting place and one that I plan on seeing more of in the future. So keep posted, because I’m sure I will have a lot more to say after our next trip!